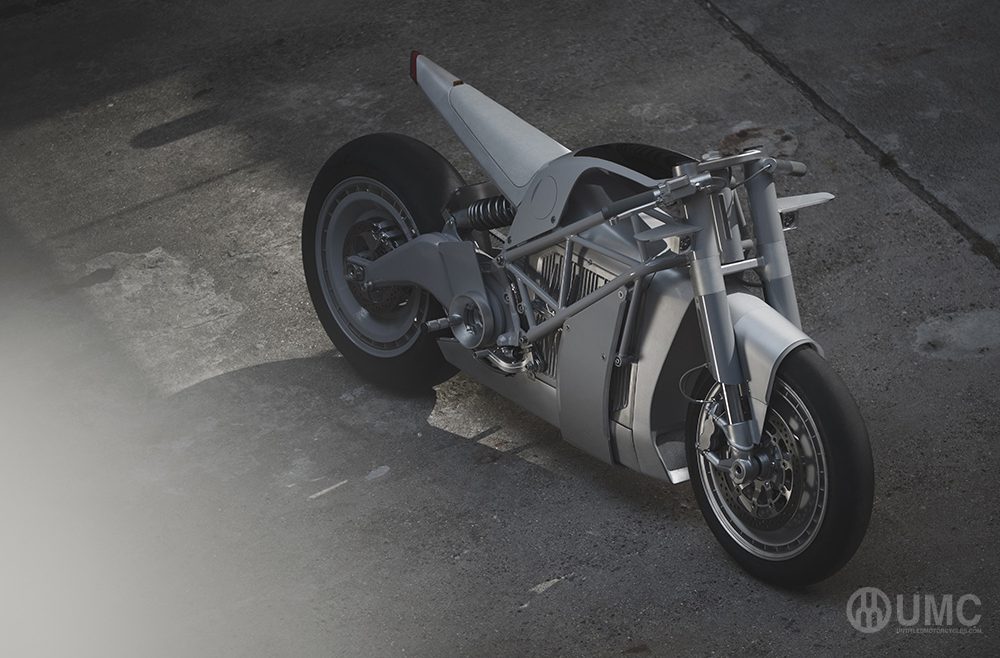 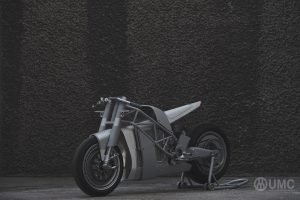 Electric motorcycles have been getting better with their technology and design. The segment of motorsports dedicated to electric vehicles is still in its infancy due to adoption and distribution. Far from what we see with Tesla in the car space of almost autonomous travel. The real work with electric motorcycles is getting consumer buying behavior to change over and see motorcycles like the radical UMC-063 Zero has a vehicle to own. This could change with more manufacturers, designers, and evangelists putting marketing and promotion of electric motorcycles out there in content for people to consume for change to happen as a consequence of catalyst behavioral modification. 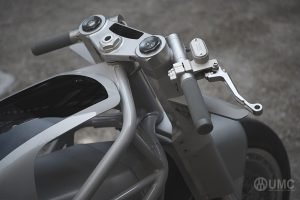 What Co-founder and Design Director of Untitled Motorcycles, Eccles is trying to do is making riding an electric motorcycle more of a daily event; instead of a novelty. In order to bring his vision to life, Eccles has partnered with  California-based electric motorcycle manufacturer Zero. The electric motorcycle is not an original built from the ground up in every aspect instead it is built on the Zero SR/F platform. Offering up a base to work from, The early development and platform for Eccles early in development was an ingenious idea. By using the Zero platform UMC XP retains all the advancement qualities of the original while having a design, characteristics, and features all itś own. This is no different than car manufactures working together. 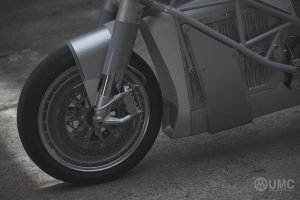 Eccles’s was inspired by the Zero SR/F when he originally road the electric motorcycle platform. For him, it felt like he was jet piolet. This observation lead to him being inspired to create the XP.  His design focus on aircraft control surfaces, the XP features Custom-designed, CNC polymer panels with frosted polycarbonate edges, 82kW motor produces 140ftlb/190Nm of torque, 124mph/200kph, Custom seat, upholstered in Ultrasuede, UMC tag, Custom CNC 6061 aerospace aluminum nose & intake, and his aircraft homage design of aerospace Material Specification AMS-36375 ‘Ghost Grey’ experimental aircraft paint; this includes Twin 320mm NG floating front discs with dual J.Juan 4-pot calipers. As a single-piece bodywork featuring smooth lines, the materials, and craftsmanship only add to the technical capabilities of this electric motorcycle that is made to ride by enthusiasts of the culture, and people have yet to be convinced to take the plunge into electric vehicles. The UMC is a perfect answer to why not. For more info head over to UMC website.